“The Rae Gordon Band had the audience up on their feet stomping and clapping with appreciation.” – Blues Blast Magazine

The multi-award-winning Rae Gordon Band serves up a potent stew of gritty blues and heartfelt soul – soaring vocals with searing guitar counterpoint, high-energy horns and a hard-driving rhythm section with the power of a freight train.

Following their 3rd-place finish at the International Blues Challenge in 2017 (finals judge Walter Trout said afterwards, “I gave her a score of 10, the best score you can give. She made an incredible impression.”), the band released its third CD Better Than I Was, which has received airplay in the U.S., Canada, Australia and the UK and appeared on the Living Blues Radio Chart and the Roots Music Report Soul Blues Album Chart. The CD also won a Muddy Award for Best Northwest Recording from the Cascade Blues Association and the band received the Best Contemporary Blues Act Muddy Award.

Take advantage of these sweet savings for the holiday season! For a limited time, all three Rae Gordon Band CDs available on this site are only $10, and all of our "Wrong Kind Of Love" T-shirts are $10 as well…

How are you planning to spend this New Year's Eve? We know there are many options out there…but how many of them offer THREE of Portland's finest blues bands? We're a little biased maybe, but we think Catfish Lou's has… 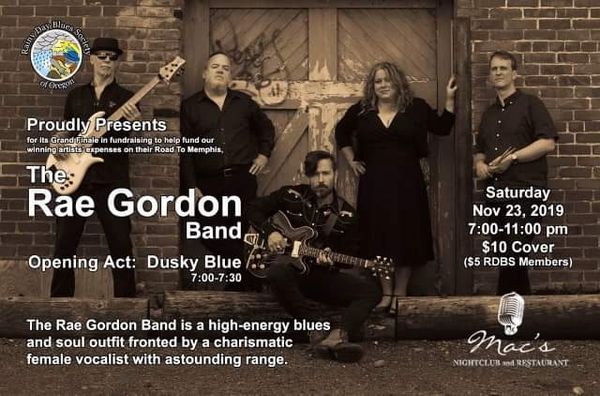 People of Eugene, Oregon! Come join us at Mac's Nightclub & Restaurant this Saturday 11/23 as we play a special show for the Rainy Day Blues Society! The Society is working hard to raise funds for Natty O &amp… 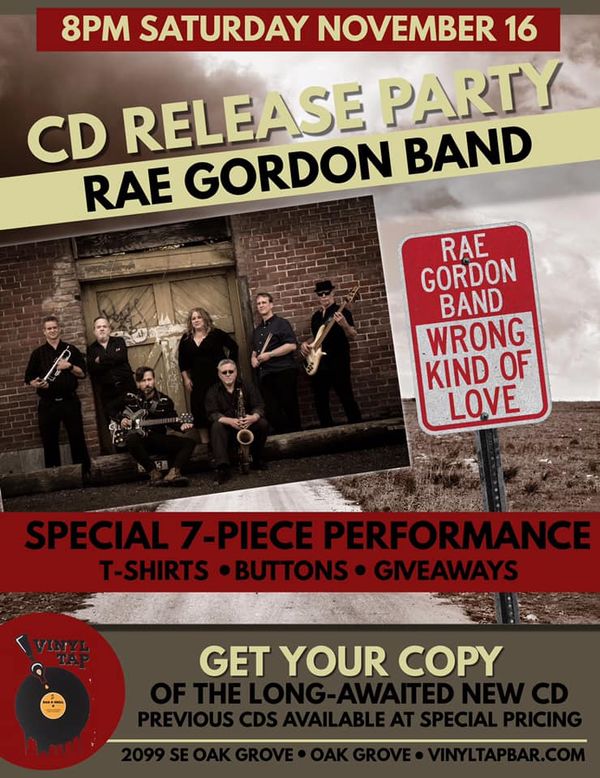 Come get your Wrong Kind of Love!

The band will offer CDs and T-shirts for purchase, and preview the new music from this hotly anticipated new release.

Visit our News page for more…